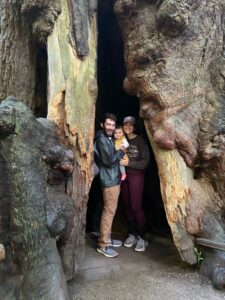 Graduating in the Fall 2019, Samuel has continued to pursue his love of research, experimentation, and writing at the Jackson Laboratory. There, Sam pursues his research “in an area of quantitative genetics and genomics. Many important traits for the health and survival of all types of organisms are driven by the effects of dozens to thousands of genes, as well as effects from different environments – which gives them the moniker of “complex traits”. Model organisms have been at the forefront of revolutionizing how these traits are studied because of their close genetic resemblance to humans, as well as their ease of manipulation in the laboratory. The Jackson Laboratory maintains a state-of-the-art population of mice (derived by the genetic mixing of several popular laboratory mouse strains) that exhibits similar genetic diversity to that of human populations. My current research efforts as a Computational Scientist are devoted towards supporting and developing computational pipelines that allow researchers to use this mouse population to study their favorite traits and reveal new drug targets for treating human diseases while accounting for important genetic differences between individuals.”

Sam’s time at NCSU helped to nurture his fascination with the natural world and skills as a researcher. Fondly thinking about to his time here, Sam is appreciative of the skilled faculty that helped develop him as a scientist saying “I was trained by some of the brightest minds in quantitative genetics and genomics and gained an enormous amount of new experience – in particular, in writing, experimental design, programming, and mentorship.” The environment the program fostered helped nurture and foster his critical skills as scholar.

Graduate education was significant for Sam. The assignments and process really refined his skills as a critical thinker, and he as applied those skills to every aspect oh his life as a scientist, whether work on an experiment, examining a manuscript, or writing his results. He asked himself the questions is this claim truly supported by the evidence and if this experiment actually answering his questions. Constantly posing these questions to himself provided a mental exercise that refined all of his work. As he reflects “learning to have a keen eye for detail and logic in graduate school made me a better scientist and teammate down the road”.

With his degree program behind him, Sam has a some words of seasoned reflection about graduate school to share. As he says “my final reflection is that to succeed in graduate school, you should always be open to collaboration or help. The only way to never know for sure whether your idea is as good as you think it is to never tell anyone! Whether it is someone in your life that you trust, or a lab mate, or your PI, or a collaborator, never doubt how helpful simply talking or drawing out an idea can be for improving an experiment, a figure, or a grant idea. In nearly every instance, I have learned something that I overlooked or could improve on by simply asking for help with it. It’s not an admission of weakness to want help, it’s a sign of emotional strength!”

We wish Samuel all the best as he continues his fantastic work as Computational Scientist with the Jackson Laboratory! 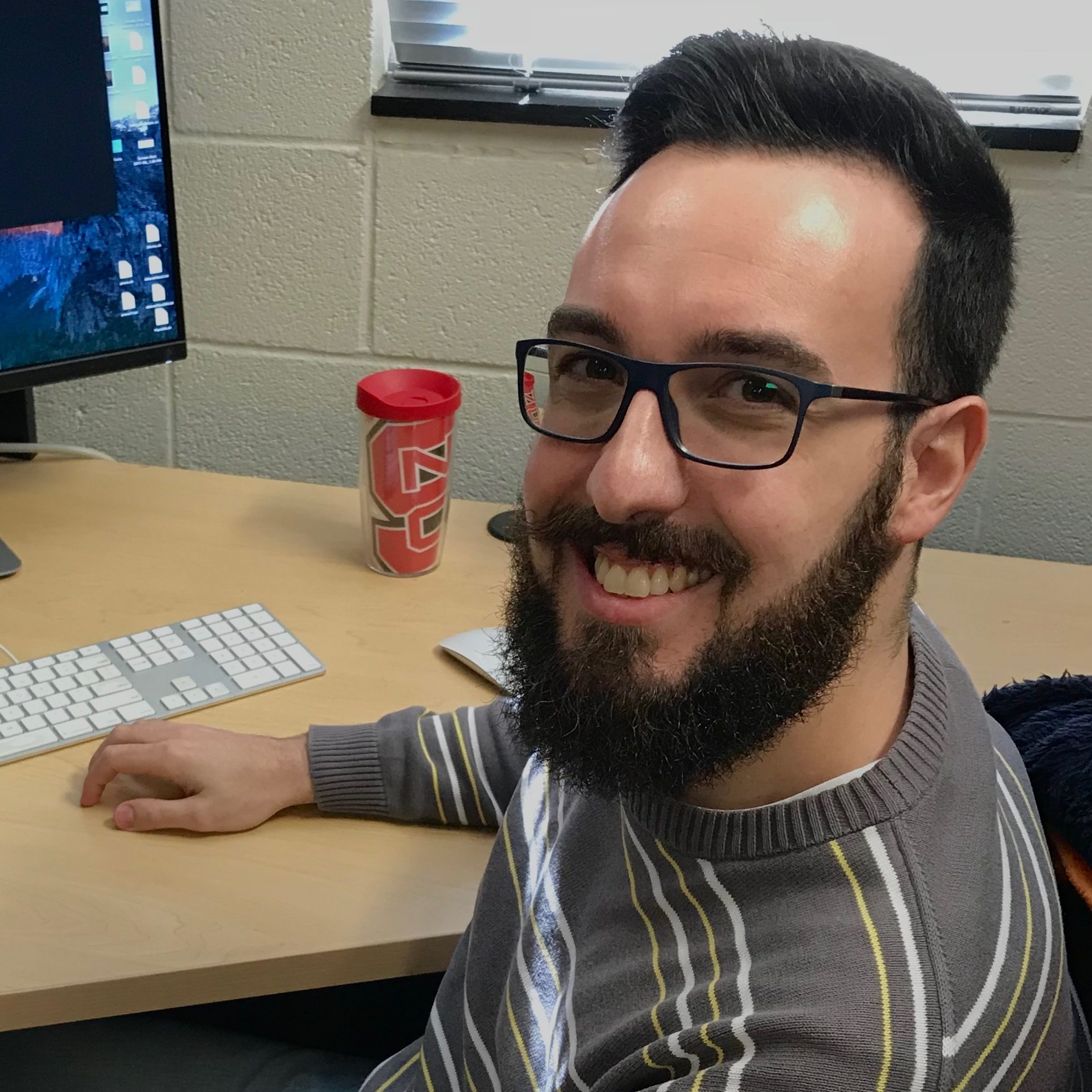 Fabio graduated with a PhD in Genetics in 2018, focusing in quantitative and statistical genetic research. Having earned his Masters of Statistics at NC State, he knew both the University and the graduate programs were strong. He was also interested in the opportunities available to Genetics PhD students, specifically the ability to work on a project that involved collaborating with Aarhus University in Denmark.

Fabio remained confident in his choice throughout the entirety of his doctoral study. He considers the Genetics Graduate Program to be well-rounded, offering an inclusive environment, high quality classes, and exceptional seminars featuring guest speakers with vast knowledge and expertise. He attributes this structure and the close work performed with his advisor to his successful development of “independence and collaboration with other people”, preparing him for the research he conducts now as a postdoctoral scholar at the University of Chicago.

Through this training and mentorship under a leading authority in Genetics, Fabio was able to practice tremendous work within the Genetics program and beyond. His efforts received various awards and recognition, some of which are listed below: 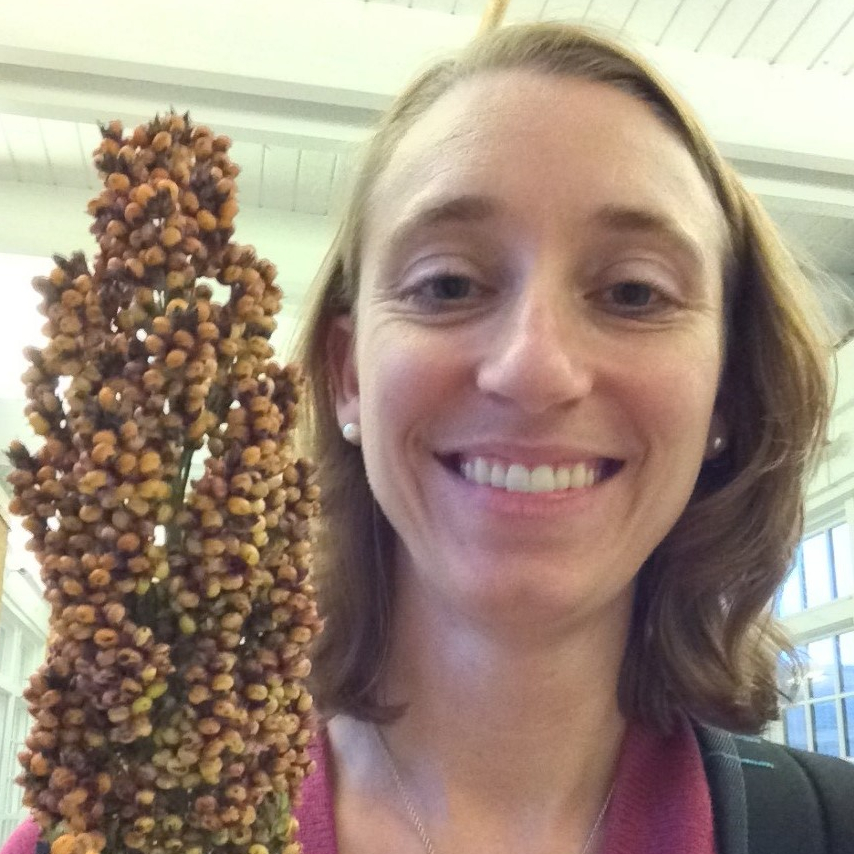 April graduated with a PhD in Genetics in 2013. She knew from the beginning she wanted to focus on plant developmental genetics and found NC State to be the best graduate program for it. Several labs within the program were already conducting plant genetic research, and she was quickly able to determine further which of those labs would best fit her specific research goals thanks to her first-year lab rotations.

April fondly remembers engaging with multiple faculty members early on in her graduate study as well as being able to participate in various activities that contributed to her training. “I was offered a nice funding package that allowed me to focus on research, but afforded me the opportunity to teach as well.” She underscores the phenomenal opportunities and support she received through the Genetics Program and NC State as a whole, specifically noting being accepted into the Preparing the Professoriate program run by NC State’s Graduate School, a competitive professional development program which provides immersive mentorship and faculty training among other unique benefits.

Now as a professor, April applauds the expansive training she received at NC State. She was presented with a variety of labs and material in general contexts as well as in-depth training in plant developmental genetics and transcription regulation. In her career, she points to the access she had within the Genetics Program to a diverse range of labs, research approaches, and resources. “This training, as well as exposure to large data sets and statistical analysis, has shaped the research I conduct now and the way I teach my undergraduate research-intensive courses.”

After completing her PhD, April accepted a Visiting Assistant Professor position in the Biology Department at St . Mary’s College of Maryland. Now, she has moved to Virginia where she is able to be teach as an Assistant Professor of Biological Sciences at the University of Mary Washington.

Helpful Links (About sidebar without calendar)