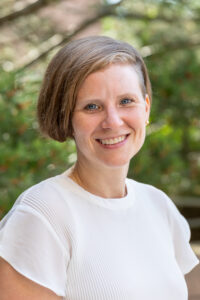 Dr. Baker describes her lab as “combine[ing] animal behavior, neural recordings, connectomics, computational modeling, and genetic tool building (via gene editing) to reveal the mechanisms underlying hearing, and how these mechanisms are shaped by evolution.” Her research is sparked her “[fascination] by how brain circuits enable animals, including humans, to understand acoustic communication signals. I study this problem in fruit flies due to their small brains, complex communication signals, and experimental tractability. Flies produce species-specific songs that are important for mating, which raises the question of how auditory systems co-evolve with song production.”

Dr. Baker will officially join NCSU in the Spring 2023 semester continuing to chart a journey through some of the most prestigious institutions in American higher education. Beginning with obtaining with her bachelors of science in engineering at U-Penn, obtaining her PhD in neuroscience from Washington University in St. Louis, Br. Baker joins the Wolf Pack community from completing a postdoc at the Princeton Neuroscience Institute. Dr. Baker was struck by how despite the diversity of research interests and labs, there was a deep collegiality in the department and potential to engage in collaboration. Likewise, she saw NCSU as place where scientists could grow and find positive mentorship.

As Dr. Baker eyes her Spring 2023 start, she looks forward to the opportunities she has to engage the students in the NCSU community. Stating “I really enjoy teaching and exposing new audiences to neuroscience research through outreach. Most recently, I helped develop a summer neuroscience course (with labs) for high-achieving, low-income high-school students. Getting people excited about science and working to increase access to scientific careers are two things I love about my job.” And “I hope to share my excitement about mentoring, teaching, and research with students and colleagues at NCSU. I am very happy to bring the important genetic model system Drosophila melanogaster to campus and I am looking forward to the new and interesting research directions that interactions with folks in Genetics will inspire.”

We are excited to welcome Dr. Baker and look forward to the wonderful work she’ll do here and with our students! 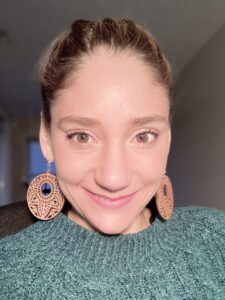 Joining us from from Michigan St. University, Dr. Duque-Wilckens describes her research as “My research investigates the neuro-immune mechanisms underpinning emotional regulation and how they are shaped by the environment to promote resistance or vulnerability to mood disorders. Currently, my specific focus is on brain mast cells. Mast cells are multifunctional immune cells mostly known for their role in peripheral immunity, but they are also ubiquitously present in the brains of all vertebrates studied so far. This, together with the fact that mast cells can release multiple mediators that affect neuron and glial functions (including neurotransmitters such as serotonin and histamine), strongly suggests that they play a fundamental role in brain physiology, but this remains largely unexplored.” While her lab awaits it’s opening (January 2023!), Dr. Duque-Wilckens has her research agenda set for it. As she says “we will use several transgenic mouse lines that will allow us to manipulate specific subsets of mast cell populations (brain vs. gut mast cells, for example) or mast cells within specific developmental stages (prenatal vs. postnatal, adolescence vs. adulthood), use fluorescent tags to perform 3D visualization of mast cells throughout the brain and body, study the molecular machinery of brain mast cells under baseline and in response to environmental and pharmacological stimuli, and even visualize the activation patterns of mast cells in living animals using calcium mobilization imaging. We will pair these studies with behavioral analyses that will allow us to track the animals’ behavior in their home cage (including sleeping, eating, social interactions, and vocalizations) as well as in novel testing environments.”

Citing not only the multidisciplinary and spirit of collaboration in the Biological Science department, Dr. Duque-Wilckens also sees both the institutional and personal efforts being made in our community to embrace and support equity and inclusion. It is this, our research efforts, and also the “kind, supportive, collaborative, open-minded, and passionate” members of the department she met that highlighted why she wanted to join the Wolf Pack community. Coupled with her impressive research agenda, Dr. Duque-Wilckens also has high ambitions for what she was to contribute to the Genetics program and broader scientific community on Campus. She eloquently states “As a Latinx immigrant and the first woman in my immediate circle to attend college and seek a post-graduate degree, one of my main motivations for pursuing a successful academic career is to significantly contribute to diversity and inclusion in science education in the United States. As such, one of my priorities as I open my lab is to help provide research experience opportunities for undergrad students from populations historically underrepresented in STEM that may not have access to, or ability to participate in formative research experiences that are critical for admission into graduate and professional programs.” She looks to further her mentorship efforts she established as a graduate student at UC-Davis, continuing work to help students of Latinx heritage integrate into the community, learn about career opportunities, while also building resources for the international student community.

In 2019 Dr. Duque-Wilckens was awarded a Brain and Behavior Research Foundation, NARSAD Young Investigator Grant to assess the role of meningeal mast cells as drivers of stress-induced neuropsyhiatric dysfunction.

We are excited to welcome Dr. Duque-Wilckens and look forward to the wonderful work she’ll do here and with our students! 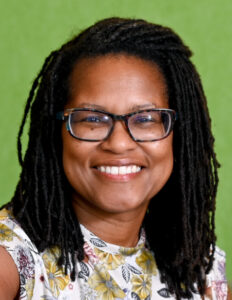 Dr. Long focuses in one most important elements of nutritional health: iron. Stating “Anemia induced by iron deficiency is one of the most prevalent nutritional disorders in the world. Most people obtain nutritional iron predominantly from plants. Our research focuses on understanding the molecular mechanisms that plants use to uptake, transport, and utilize iron, and respond to low iron conditions.” Dr. Long takes this focus and then puts it into practice and research in her lab. “We use genomics, molecular biology and genetics to identify root-specific transcriptional responses that regulate physiological alterations associated with iron deprivation in plants. Our efforts are focused on identifying iron deficiency response regulators and their corresponding gene targets, with the long-term goal of elucidating gene regulatory networks involved in plant iron homeostasis. Ultimately, this information may lead to the generation of crops with increased nutritional content and increased yield when grown in poor soils.”

Joining NCSU in 2011, Dr. Long saw the extensive and successful plant biology programs that NCSU has cultivated. She also say the opportunity to engage in community building and service. One of the goals that Dr. Long has as her tenure here continues is work at creating and sustaining career pathways for students of all ages, abiding by one of the central philosophies of land-grant university: service and extension. With a spirit of service in mind, Dr. Long also serves as Platform Director for Education and Workforce Development for the N.C. Plant Sciences Initiative, while also chairing the CALS College Research Committee. That spirit of service, aslo pairs with being a dynamic faculty member of the NCSU community, as Dr. Long also emphasizes her role as a teacher and regularly teaches aspiring undergraduate scientists Plant Physiology (PB 421).

We look forward to the work and powerful contributions Dr. Long will continue to have for the Genetics Department and broader NCSU community! 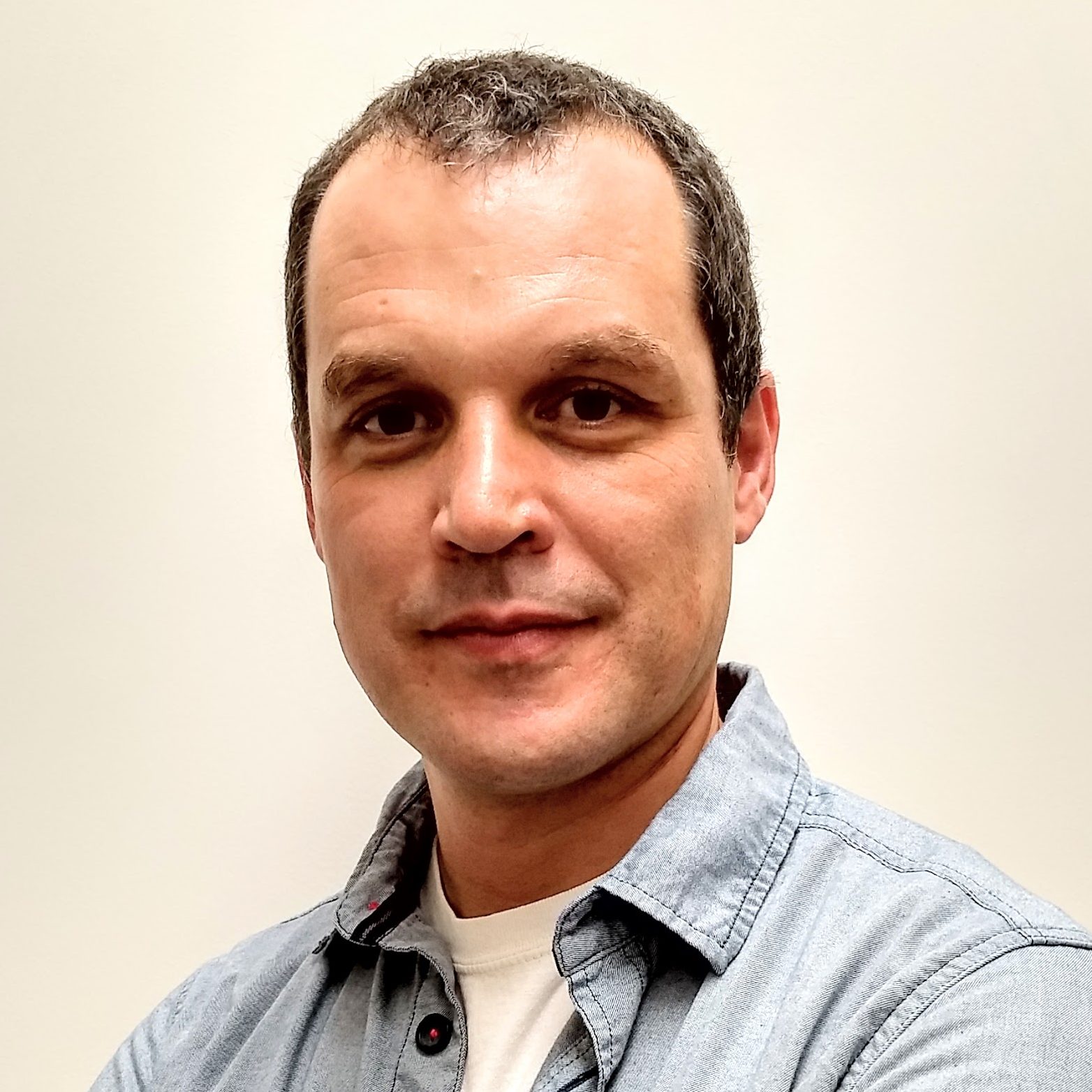 Dr. Rellán-Álvarez describes his lab and research as focusing “on deciphering the genetic and physiological mechanisms underlying metabolism reorganization in plants during adaptation to abiotic stresses including suboptimal temperatures and nutrient concentrations. We use a combination of quantitative and population genetics together with high precision metabolic phenotyping to identify loci that have been under selection during adaptation to particular environments and that are involved in the determination of metabolic traits. We then use reverse genetics, heterologous expression to functionally characterize the allelic effects of candidate genes. In particular we are using maize glycerolipid remodelling during the process of maize adaptation to different highland environments across the Americas as our study system. Using the approaches above together with maize landrace mapping populations grown in highland and lowland common garden fields in México, we have identified loci that explain distinct glycerolipid patterns in highland maize. We are currently functionally characterizing these loci with the goal of understanding their contribution to maize adaptation to highland conditions and transferring beneficial alleles to modern maize varieties.”

Dr. Rellán-Álvarez will be joining NC State’s distinguished faculty in the Spring 2019 semester. The well-established Genetics Program and diverse range of research attracted him to NC State, particularly the quantitative and evolutionary genetics work conducted across the university. Dr. Rellán-Álvarez is looking forward to contributing to this tradition of excellence with his own research in the coming years as well as collaborating with other labs in order to produce comprehensive graduate training in all areas of genetics.

As a new faculty member, Dr. Rellán-Álvarez is planning to recruit students to his lab who are inquisitive and eager to learn different methods of research. Specifically, he wants to employ students who are interested in “understanding how natural genetic variation shapes local adaptation and are willing to investigate this process using a variety of tools” from a wide range of genetics fields, such as quantitative, evolution, and reverse genetics. The invaluable addition of his mentorship, research, and participation as a faculty member at NC State will strengthen the synergetic atmosphere and continued success within the Genetics Program for all graduate students and faculty members alike.

Dr. Rellán-Álvarez has received several recognitions for his work prior to coming to NC State. He was awarded the Marschner Young Scientist Award in 2013 from the International Plant Nutrition Colloquium in Istanbul, Turkey (an organization which acknowledges researchers across the world who uniquely contribute to the field of plant nutrition). Dr. Rellán-Álvarez has also received various grants, which can be seen below along with his publications:

Helpful Links (About sidebar without calendar)