My general research goal is to understand the genetic and environmental factors affecting variation in quantitative (or complex) traits. This is necessary for risk modification of multifactorial human diseases, in theory for a more comprehensive view of the genetic processes underlying phenotypic evolution and in practice for improving production traits in domestic species.

A comprehensive understanding of the genetic architecture of quantitative traits requires that we know (1) at what genetic loci (Quantitative Trait Loci, or QTLs) segregating and mutational variation occurs; (2) the homozygous, heterozygous and epistatic effects, pleiotropic effects on other characters, including fitness; and environmental sensitivities of QTL alleles; and (3) the molecular genetic basis of quantitative variation in nature. This detailed characterization is only feasible in genetically tractable model organisms. Further, the nature of genetic variation for quantitative traits is expected to differ depending on the relationship of the trait to fitness. My research focuses on Drosophila melanogaster, which has a wealth of genetic and genomic resources, and morphological, behavioral, physiological and life history characters spanning the gamut of fitness profiles.

Drosophila sensory bristle numbers are morphological traits with high levels of naturally occurring genetic variation and which are thought to be under strong stabilizing selection in the wild. Only when we know what loci contribute to naturally segregating variation for bristle numbers and frequencies of functional allelic variants at these loci will we be able to infer what evolutionary forces lead to the maintenance of substantial genetic variation despite strong selection. Animals display rich behavioral repertoires of responses to environmental stimuli, yet almost nothing is known of the genes underlying quantitative genetic variation in behavioral traits. We are studying olfactory responses to chemicals, mating behavior, aggression, alcohol sensitivity and adult locomotor behavior to understand the genetic architecture of complex behaviors. We also study longevity and resistance to multiple stressors (starvation, chill coma, oxidative stress) as model life history traits, whose genetic basis may be conserved across taxa, including humans.

We use two complementary approaches to identify QTL and determine their effects for each of the traits of interest. First, we screen random Ptransposable element insert lines, derived in an inbred background, to identify candidate genes and pathways affecting quantitative trait phenotypes. Second, we map QTLs causing naturally occurring variation for quantitative traits by linkage or association with molecular markers, respectively, in linkage mapping populations and in samples of alleles from random breeding populations. We have derived a population of 205 inbred lines from the Raleigh, NC natural population with complete sequences. These lines constitute the Drosophila Genetic Reference Panel (DGRP), a community resource for whole genome association mapping of quantitative traits. Because DNA polymorphisms do not directly affect variation in quantitative traits, but do so via networks of interacting transcripts, proteins, and metabolites, we are performing whole genome expression analyses on the DGRP lines to derive causal networks of genetically variable transcripts associated with quantitative traits. Since the effects of QTL alleles can be environment-specific, we incorporate ecologically relevant macro-environments in all the above studies. 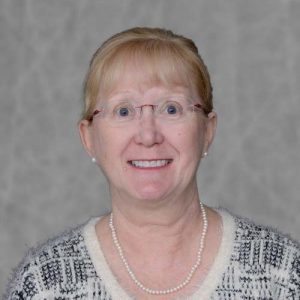