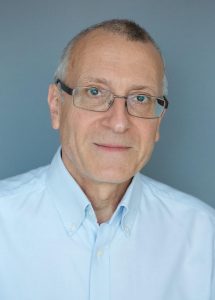 Dr. Tristram Wyatt will be visiting the NC State University Genetics Program on Monday, April 23, to share information on how pheromone signals evolve and to answer the question, “Do humans have them?”

Dr. Tristram Wyatt is a member of the Animal Behaviour Research Group of the Department of Zoology, University of Oxford and an emeritus fellow of Kellogg College, Oxford. Before coming to Oxford’s Department for Continuing Education as a lecturer (Associate Professor) in 1989, he was a lecturer at the University of Leeds and held research fellowships at the University of California, Berkeley, and the University of Wales, Cardiff.  He is interested in how animals of all kinds use pheromones to communicate by smell. The second edition of his single-author book Pheromones and Animal Behavior (Cambridge University Press) won the Royal Society of Biology’s prize for the Best Postgraduate Textbook in 2014.  His TED talk on human pheromones has been viewed over a million times. His latest book is Animal behaviour: A Very Short Introduction, published by Oxford University Press in 2017. For more information on Dr. Wyatt, visit his website at www.zoo.ox.ac.uk/people/view/wyatt_td.htm.

Title: “Success of the smelliest: how pheromone signals evolve (and do humans have them?)”

Abstract:  Pheromones are invisible chemical signals between members of the same species. Since the discovery of the silk moth sex pheromone in 1959, pheromones have been identified in animals all across the animal kingdom. They work just as well underwater: fish and lobsters also use pheromones. Pheromones offer remarkable opportunities to study the evolution of signals and changes in signal and receiver during speciation, from enzyme pathways to receptors and neurons, at every level from genes to populations. But do humans have pheromones? A corporation claimed they had found them but never provided evidence. I will describe this ‘bad science’ and how we might answer the question properly. The talk will be designed for non-specialists and specialists alike.