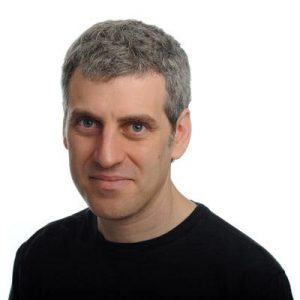 Dr. David Stern, Senior Group Leader from the Janelia Research Campus in Ashburn, Virginia will be giving a talk to the Genetics Program on Monday, February 19 at 1:30 pm. This is a joint seminar with the Genetics Program and WM Keck Center and will be held in the Stanley G. Stephens Room, 3503 Thomas Hall.

Abstract:
The neural basis for behavioral evolution is poorly understood. Functional comparisons of homologous neurons may reveal how neural circuitry contributes to behavioral evolution, but homologous neurons cannot be identified and manipulated in most taxa. We have compared the function of homologous courtship song neurons by exporting neurogenetic reagents that label identified neurons in Drosophila melanogaster to D. Yakuba. We found a conserved role for a cluster of brain neurons that establish a persistent courtship state. In contrast, a descending neuron with conserved electrophysiological properties drives different song types in each species. Our results suggest that song evolved, in part, due to changes in the neural circuitry downstream of this descending neuron. This experimental approach can be generalized to other neural circuits and therefore provides an experimental framework for studying how the nervous system has evolved to generate behavioral diversity.

The pointy hairs on a fruit fly leg might not be the first place you’d look for the underlying mechanism of evolution. But David Stern has used bald patches among the hairs to pinpoint the slight genetic differences that separate one fruit fly species from another.

These insights are not just about hairy fruit flies. They are helping him answer important questions about how genes shape evolution, says Stern, a Group Leader at Janelia. “We’re going to get deep, fundamental insights into how organisms work by studying how they evolve,” he asserts.

Originally trained as a field biologist, Stern brings a deep appreciation for the diversity among organisms to studies of development and evolution. As an HHMI investigator, interested in ecology and evolutionary biology, Stern hopes to look beyond the physical characteristics to the genetic basis for behavior. “It’s the original question I’ve always wanted to ask. Now we have the tools,” he says.

Stern’s scientific curiosity was originally piqued by plants. “I can remember being fascinated as a child by a movie showing Gregor Mendel in his garden,” he recalls. When Stern enrolled at Cornell University as an undergraduate, he intended to study plant molecular biology. “I wanted to participate in the New Green Revolution.”

But as a sophomore, his interests turned to animals. “I absolutely fell in love with animal behavior,” Stern says. “What I really wanted to do was study the genetics of behavior. What makes one species behave differently from another?”

At the time, biologists lacked the tools to study the genetic basis of behavior, so Stern turned to field biology. “I did my PhD studying insect behavior in the jungles of Malaysia, and it was fantastic. That’s where I started to get interested in genetics and the development of all sorts of body shape changes.”

To the casual observer, the thousands of fruit flies in Stern’s Princeton lab may seem indistinguishable. But Stern appreciates the subtle physical and behavioral differences of each of the nine species of Drosophila that he studies. He is looking for the genetic variations that generate these traits—hairy versus partly bald legs, for example.

The genetic changes that give rise to these physical variations lie not only in the fruit fly’s 13,000 genes but also in the DNA that surrounds them. Stern’s search is simplified a bit by how closely the species he studies are related: all but 1 to 3 percent of their DNA is identical (similar to the gap between chimps and humans). So he can focus on testing how differences in that small portion of the genome affect the flies’ development and behavior.

Stern’s work has shown that small changes in DNA sequence can accumulate to alter the shape of an organism dramatically. For example, the larvae of most species of fruit flies have a segment of their body that is covered with a carpet of fine hairs. In some species, however, this region is bald. Stern has shown that the baldness—as well as the intermediate patterns of hair seen in other species—is due to small changes in the DNA that surrounds a gene known as shavenbaby.

To examine the genes of a large number of fruit flies with the detail and speed that these kinds of studies demand, Stern’s lab has developed new approaches to gene mapping. “We’ve spent a lot of time developing methods for finding the genes that cause changes in species’ shape. And now we think we can also do that for behaviors. It’s a big intellectual challenge.”

Stern has already selected two fruit fly behaviors to study that differ among species: courtship behavior and song. He thinks the same genome-scanning techniques his team has used to identify differences in hair patterns can help to identify the genes that drive these behaviors.

Stern knows that trying to link genes to behavior can be controversial, noting that scientific, political, and ethical debates have raged for decades about whether behavior is genetic or learned. A consensus seems to be emerging that genetics and learning both play a role, but Stern’s work will likely help answer that question. “I’m hopeful that our approach will accelerate discovery of the genes causing behavior differences.”